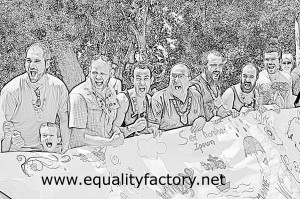 Equality Factory was looking for real men. And we found them! We will introduce them to you, as soon as we finish the great work we did with them on June 28th. 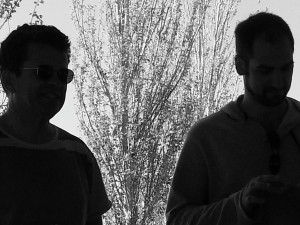 Equality Factory looks for real men: Men who like football, work on their muscles, know how to repair a closet, feel sexual attraction towards women, drink beer… Men who like ballet, cry with romantic movies, have emotional and sexual relationships with other men, need help, suffer and know how to crochet a scarf.

Equality Factory looks for real men: For those who are brave enough to feel scared and talk about it, sensible enough to appreciate art, who are strong enough to ignore the “What will people think of it?” We look for men, who are wise enough to raise their voice when it is necessary and to listen the rest of the time, who are outspoken enough to live their sexuality in a creative way, courageous enough to assume the care of their little and older ones. Those men who are audacious enough to never deny to themselves who they really are.

If you are a man, who everyday tries hard to suit into a socially predefined schema of masculinity of what is to “be a man”, if you try hard to prove that you are only and exclusively competitive, heterosexual, successful, that alcohol and sex run your existence, strong, that you defend those you love by punching, that you are very, very far away from those women around you or those men which may be different than you are… Then, we are not interested in you. For Equality Factory looks for real men and is not interested in prefabricated moulds, which do not mirror the immense diversity among human beings.

If you are a real man, we invite you to attend our Real Men Meeting on Saturday, 28 June 2014 in Sant Boi del Llobregat, Barcelona. It is a festive meeting in which we will record a video, which will be broadcasted in as much channels as possible. We want to make visible what real men are, to publicly acknowledged them, celebrate diversity among men, and contribute to the international debate on masculinities.

In this video your participation and the participation of the other men will concretize in two appearances. One, showing one part of you, a hobby, a feeling, aspect, etc. which is socially understood as masculine. The other part of you that you show, will be a challenging one, one which is revolutionary, non-conforming, free from what the society expects and demands from a man. In this second part, a sentence will appear on the screen on your image. For instance, one of our participants has decided to appear on the first image practising Kong Fu with his sword. In the second, one he wants to appear carrying his baby in his arms and his sentence will be: “When he cries at night, I take care of him”. If you cannot think of a concrete sentence right now, don’t worry, we will help you… we can think together of one of your liberated aspects!

Are you joining us? We´dlove to meet you! To register you just have to send an Email to [email protected] telling us:
* Name, surname, date of birth (for internal purposes of Equality Factory)
* Email and telephone number to contact you when we send more concrete information about the Meeting
* If you already know which two scenes you would like to record, great! You can tell us about it and they will be “reserved” for you.

One more thing…. Do you have any friend who is also a real man? Send him this invitation!
Get your invitation here

We claim, explain and celebrate what is a real man!
www.equalityfactory.cat

In a few words:
* What? Real Men Meeting. Recording of an awareness-raising video and party.
* Who? Equality Factory, the men who participate, and the people accompanying them.
* Why? Because we want to make visible, explain and celebrate what a real man is.
* Where? Sant Boi del Llobregat, Barcelona
* When? Saturday 28 June 2014
* How? Video recording, other complementary activities, and party.
You will get more information when you register! 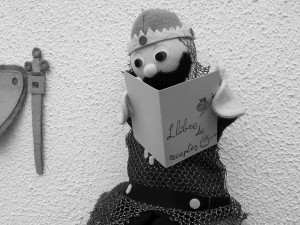 Each 23th of April Catalan people celebrate a special day: La Diada de Sant Jordi. The background is the legend of Sant Jordi, who had to fight the dangerous dragon that held a princess captive. When the knight killed the dragon a rose grew from the dragon’s blood that was spilled. The knight took then the rose and gave it to the princess.
Equality Factory has produced a hand puppet’s video for children and adults called “The day Sir George made himself free”. This is a material produced for families, schools and anyone who lives and works with children, which can help to reflect about stereotypes, expectations and above all…to free oneself from all those gender constraints that concern us all!
The knight is fed up with his job: having to kill instead of talking, rescuing a princess he actually does not know, having to ride that unsteady horse… Why does he have to do it every year again when all that he actually wants… is to be a cook!
LANGAGE: CATALAN (subtitles coming soon)