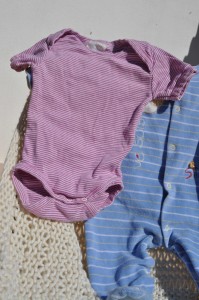 Gender stereotypes are defining how the life of many children look like: what they are doing, how they are expressing themselves, how they are behaving, with what and whom they are spending time, what they do with and to their body and to their mind. Gender stereotypes are influencing their quality of life.
Gender stereotypes are not only diminishing the quality of life of those children who are so clever and brave to see or feel that the way is expected from them to be is not matching with whom they really are. Then there are those children, who through hard correction, education, pressing or other processes somehow learned to be they way it’s expected from them to be. However, also they are having a lower quality of life than they could have had because there was no questioning process about it, no reflection about if that is the way they really are, because there was no choice. It may be that after such a reflecting process some would have still chosen similar paths than the ones they are now walking on, but alone the process itself would have made them more free, conscious, creative and open for other views.
Gender stereotypes are nothing to laugh about, are not a superficial thing and should not be reduced to the drama of what colour should a child wear. It is much more and much more deeper than that. It is about their quality of life and their future. Therefore to challenge gender stereotypes is an urgent task for any human being involved with children: dads, mums, grandmas, uncles, teachers, summer camps leaders… anyone having the responsibility and beautiful task of accompanying a children’s developing process can and should challenge gender stereotypes.
To challenge gender stereotypes can have many faces and can happen at many levels. For example at a politics level. For that, many strategies, instruments, money and personal has been put together in the last years in many organisations and institutions. However, it can also take place at a human being-to-human being level, a much more micro level. That is the less researched one, the most effective one and the one costing less money and more creativity. The human being-to-human being level is the one guaranteeing more sustainability and more emotional security, something very valuable for any children, if we expect from them to have a healthy development.
The process of challenging gender stereotypes at human being-to-human being level is based on attitudes and spontaneous spaces and moments. Gender stereotypes are usually being nourished and getting strong through very routine based or every day life related comments and situations. Those are the key to really challenge at the micro level. Having a gender stereotypes challenging attitude, using spontaneous spaces and moments is indeed a very powerful path to follow but not always easy to apply. Then, how can a teacher react in a spontaneous situation in a challenging way in front of a gender stereotype on work if he or she herself hasn’t still started her own questioning process?